For many years, challenging the rules in chemistry textbooks was one of our sources of inspiration, as exemplified by our quest for stable carbenes, nitrenes, diradicals, bent-allenes, etc. We still like to tame reactive molecules, but we also want to transform these compounds into useful tools for synthetic chemists. Recently, we have shown that stable carbenes and related metal-free species can activate small molecules and stabilize highly reactive intermediates. Now, we wish to show that they are not only able to break bonds, but that they are also capable of transferring the corresponding fragments to substrates. In other words, we want our organic species to perform tasks that were previously exclusive for transition metal complexes.

How can Carbenes be Stable?

Carbenes are compounds with a neutral dicoordinate carbon atom featuring either two singly-occupied non-bonding orbitals (a triplet state), or alternatively both a lone pair and an accessible vacant orbital (a singlet state). Since the pioneering work of Curtius and Staudinger, carbenes have played a prominent role as transient intermediates. Introduced by Doering into organic chemistry in the 1950s, and by Fischer into organometallic chemistry in the1960s, these fascinating species are involved in many reactions of great synthetic interest. Although attempts to prepare the parent carbene (CH2) by dehydration of methanol had been reported as early as in the 1830’s, the quest for stable carbenes has, for a long time, been an unreasonable target. Despite the pioneering work by Wanzlick, it was only in 1988, three years before Arduengo’s publication of a ‘bottle-able’ N-heterocyclic carbene (NHC), that we discovered that (phosphino)(silyl)carbenes were stable enough to be isolated by flash distillation. From 2000 to 2004, our research group expanded the variety of stable acyclic carbenes for which the stabilization mode significantly differs throughout the series. However, in 2005, we realized that there is little hope that acyclic carbenes could find applications as ligands for transition metal catalysts. Consequently, we turned our attention to the design of novel types of stable cyclic carbenes, which are not diaminocarbenes.

Over the years, the success of homogeneous catalysis can be attributed largely to the development of a diverse range of ligand frameworks that have been used to tune the behavior of various systems. Spectacular results in this area have been achieved using NHCs because of their strong σ-donor properties. During the last five years, we have shown that cyclic (alkyl)(amino)carbenes (CAACs), which feature even stronger σ-donor properties, give rise to powerful palladium, ruthenium and gold catalysts. Moreover, we have demonstrated that metal-free stable carbenes can do some of the tasks transition metal complexes are known to perform, as exemplified by the activation of small molecules such as CO, H2, NH3 and P4. Furthermore, as transition metals are also well known for stabilizing highly reactive species within their coordination sphere, we have shown examples that stable singlet carbenes can be equally stabilizing for such entities. This second aspect can appear paradoxical since it consists of using carbenes that were considered for a long time as prototypical reactive intermediates, for isolating otherwise unstable molecules.

Until recently, the availability of neutral carbon-based k1-C-ligands was limited to carbon monoxide, isocyanides, and carbenes. Compared to phosphorus-based ligands, carbenes tend to bind more strongly to metal centers, avoiding the necessity for the use of excess ligand in catalytic reactions. The corresponding complexes are often less sensitive to air and moisture, and have proven remarkably resistant to oxidation. The robustness of carbene complexes is largely due to the presence of strong carbon-metal bonds, and therefore other types of carbon-based L ligands are highly desirable. We have recently discovered mesoionic carbenes (MICs). Among their most appealing properties, there is to date no example of dimerization of MICs, suggesting that the Wanzlick equilibrium pathway of classical carbenes is disfavored, which should lead to relaxed steric requirements for their isolation. Moreover, experimental and theoretical data suggest that MICs are even stronger electron-donating species than NHCs which opens interesting perspectives for their applications, as shown in catalytic olefin metathesis reactions. 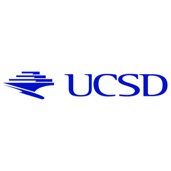 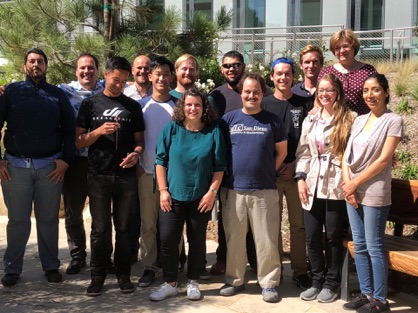